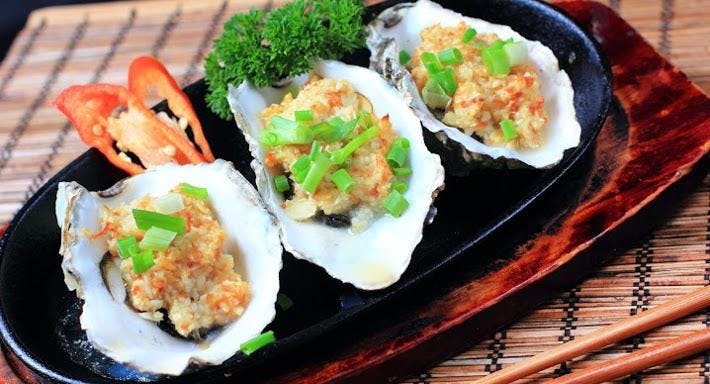 泰榮華Thai Wing Wah is not bookable via Quandoo yet. To make a reservation, contact the restaurant using the details below. Checkout the opening hours first and bear in mind that if you reserve ahead, you won't have to wait in line.

Nom nom on at Nam On Court and Thai Wing Wah, a Thai restaurant in Shau Kei Wan that puts shabu shabu to shame in order to place more mookata, tom yum, pad Thai and much, much more on a pedestal. Nam On Court is on Nam On Street, and it’s here that Thai Wing Wah sits on its golden throne making golden food for golden Hong Kong people. Get yourself a flat head grey mullet (the fish, not the hairdo!) and have it done in a Thai pot style, man. Or go fried fish Indonesian style, or even cross the border into China and smuggle back some sauteed sliced pork in a spicy Sichuan style. Take it back to tradition and do chilli chicken Thai-style, tickle your ribs with a rack of spicy garlic ones, or go for a big BBQ plate heaped with squid, beef, pork and chicken gizzards. Thai Wing Wah!

Can I pay with a credit card at 泰榮華Thai Wing Wah restaurant?

No, you can't pay with card at 泰榮華Thai Wing Wah restaurant.
Call the restaurant