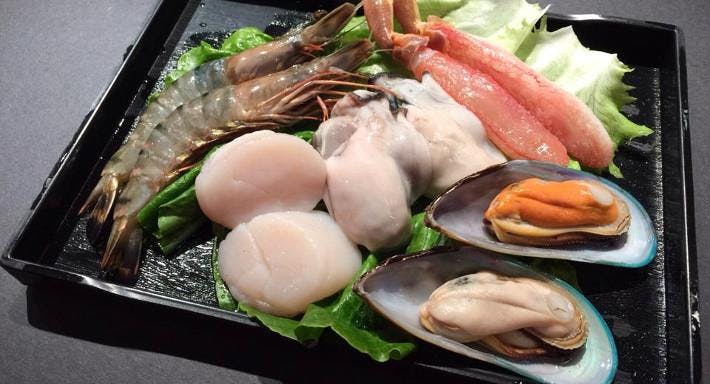 Soma Shabu Shabu 相馬日式火鍋 is not bookable via Quandoo yet. To make a reservation, contact the restaurant using the details below. Checkout the opening hours first and bear in mind that if you reserve ahead, you won't have to wait in line.

If you’re craving some shabu shabu on Shing Yip Street, there’s a fair chance your brain has already made the association between the delicious Japanese broth and this cool restaurant tucked away on the first floor of a commercial building. It’s lucky we have brains, and it’s lucky for anybody around Kwun Tong that we have Soma Shabu Shabu to call on. No self-respecting Hong Kong shabu shabu joint would open its doors without making sure it had more ingredients to throw into the broth than you could count, and Soma Shabu Shabu is no exception, with an awesome array of Japanese wagyu, Australian and American beef leading an army of aromatic herbs, fresh vegetables, succulent seafood and self-service shelves stacked with tofu rolls, glassy noodles and dozens of other chunks to drop in, melting first in a rich broth and then in your mouth.

Can I pay with a credit card at Soma Shabu Shabu 相馬日式火鍋 restaurant?

Yes, you can pay with MasterCard.