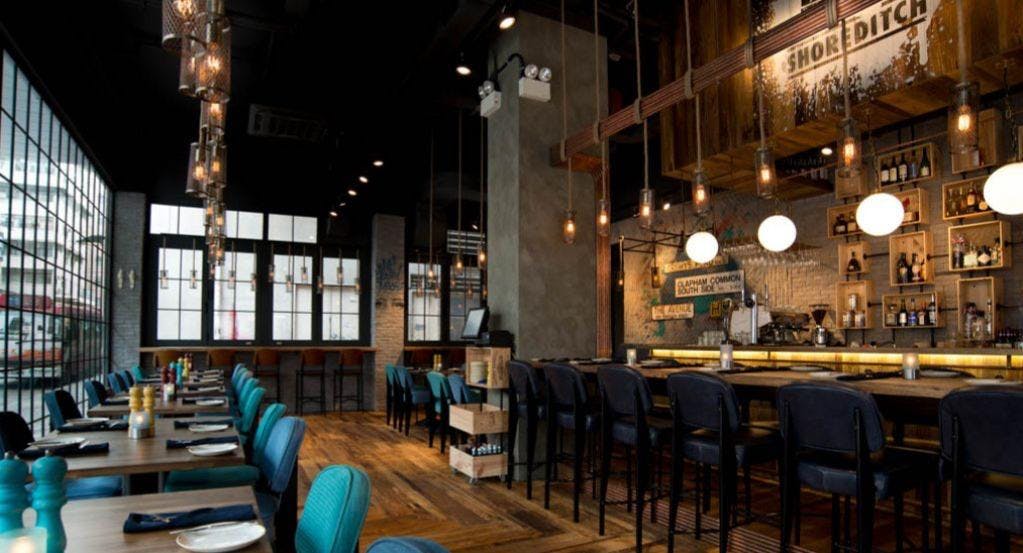 Shoreditch is not bookable via Quandoo yet. To make a reservation, contact the restaurant using the details below. Checkout the opening hours first and bear in mind that if you reserve ahead, you won't have to wait in line.

More about the restaurant: Shoreditch

As if to consolidate the historical British-Hong Kong connection before it withers away entirely, Kennedy Town’s Shoreditch brings a little of East London’s famed (gastro)pub culture to Catchick Street. Of course, we aren’t talking your average boozer here – Shoreditch sits a notch up; a gastropub and British restaurant of the type now common in its namesake district back in London. Expect unusual, gourmet British food served up in an eccentrically decorated, relaxed environment – with, naturally, plenty of crafty drink to wash it all down.

Does the restaurant Shoreditch have Outdoor seating?

No, the restaurant Shoreditch has no Outdoor seating.

Thinking about making a Shoreditch booking?

Shoreditch was established by a veteran chef well-versed in the new East London trend for considerately revamping classic watering holes into pubs and eateries where the menu goes beyond crisps, meat and two veg. With its gourmet offering served up alongside selections of beer, wine, and spirits that, like the food on offer, have stories to tell; Shoreditch is set to become Kennedy Town’s default gastropub destination. Indeed, a prime reason that Shoreditch decided to put down roots along Catchick Street was that it appears that Hong Kong’s Kennedy Town is going through the same boom that London’s Shoreditch did a few years back.

The food at Shoreditch really is remarkable, even if measured against the offering found at the British gastropubs from which this Hong Kong outpost takes its inspiration. The curiously named cullen skink is a Gaelic soup of haddock, potato and onion that’s sure to whet the appetites of Kennedy Town’s curious foodies. Authentic Wicks Manor Farm pork belly and free-range venison rack are highlights for meat lovers, while seafood fanatics will love the grilled king prawns served with rice pasta and vegetarians will be tempted by the original stuffed mushrooms with chopped root veg, Wensleydale cheese and curry-dusted cauliflower. The culinary adventure continues with Shoreditch’s twist on classic British fish and chips, deep-frying fresh cod in a batter made from the exclusive house beer, St Mungo, and serving the lot up with chips, minted mushy peas, and tartare sauce. With the eclectic menu continuing on to flame grilled premium meats, esoteric snacks and artisanal desserts, there’s now a whole lot of vicarious British food tourism to conduct down Catchick Street.