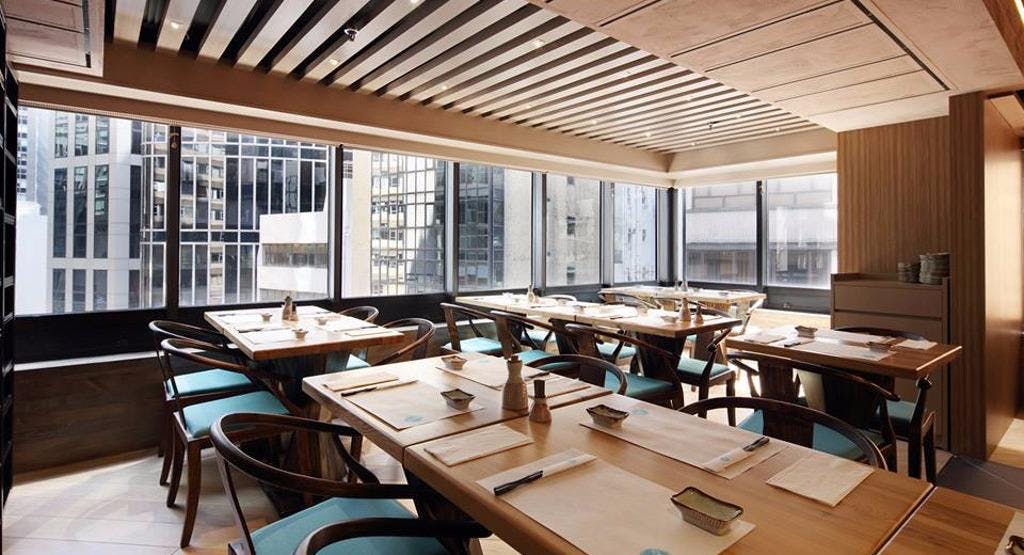 Ronin Japanese Cuisine浪人日本料理 - Central is not bookable via Quandoo yet. To make a reservation, contact the restaurant using the details below. Checkout the opening hours first and bear in mind that if you reserve ahead, you won't have to wait in line.

在日本幕府時代，「浪人」意指流離失所，遠走他鄉的武士，憑著一身武藝浪跡天涯，藉著堅忍的武士道精神，向苦難的人 生和惡劣的環境挑戰。餐廳取名「浪人」，寓意不受拘束、熱愛挑戰，飄泊於香港鬧市，仍然堅持製作正宗日本料理。 浪人的海產主要由東京築地空運到港，受季節時令影響，每星期供應的海產也不一樣，如較罕有的深海池魚、赤睦、活螢光 烏賊等，亦有提供固定供應港人喜愛的三文魚、吞拿魚腩及甘海老等。 If you’re a child of the West, Ronin might mean little more than a middling late 90s action movie, but if you’re Japanese, then it represents a profound historical figure. The Ronin were samurai without masters, strolling the rolling countryside in search of derring do, or at least something to do, in Feudal Japan. Ronin Japanese Cuisine are neither rural – they’re on Wellington Street in the heart of Central Hong Kong, about as urban as it gets – nor aimless, or indeed, from feudal era, but their food is suitably traditional and Japanese, with sushi, sashimi, tempura and noodles dishes to delight all that enter their doors: so book yourself a table now.

Does the restaurant Ronin Japanese Cuisine浪人日本料理 - Central have Outdoor seating?

No, the restaurant Ronin Japanese Cuisine浪人日本料理 - Central has no Outdoor seating.

Ah, Japan, the Land of the Rising Sun and the sleeping salaryman, the spiritual home of suicide and anime alike, the land that gave the world the Nissan, the Nikon and the ninja. The Ronin, roving Samurai warriors without masters, are less well known – they did live in the middle ages, when Japan sealed itself off from the world, after all – but their legacy within Nippon is unparalleled. Ronin Japanese Cuisine do their best to create this image of Japan on Wellington Street in Central, where they offer up specialities from all over the islands to the hungry punters of Hong Kong.

The Japanese cuisine on offer at Ronin would be enough to feed all 47 of the lost, masterless Samurai. Their menu on Wellington Street encapsulates – though not in capsule hotels, we hope, as that would ruin all the lovely outfits – the best in Japanese food, from fresh fish options like sushi, nigiri and sashimi, meaty teppanyaki grill dishes and yakitori skewers, fried tempura, katsu curries and steaming bowls of ramen or udon noodles. You can’t just take our word for it though: reserve yourself a table and head on out to Central and Ronin Japanese Cuisine to try it out for yourself.