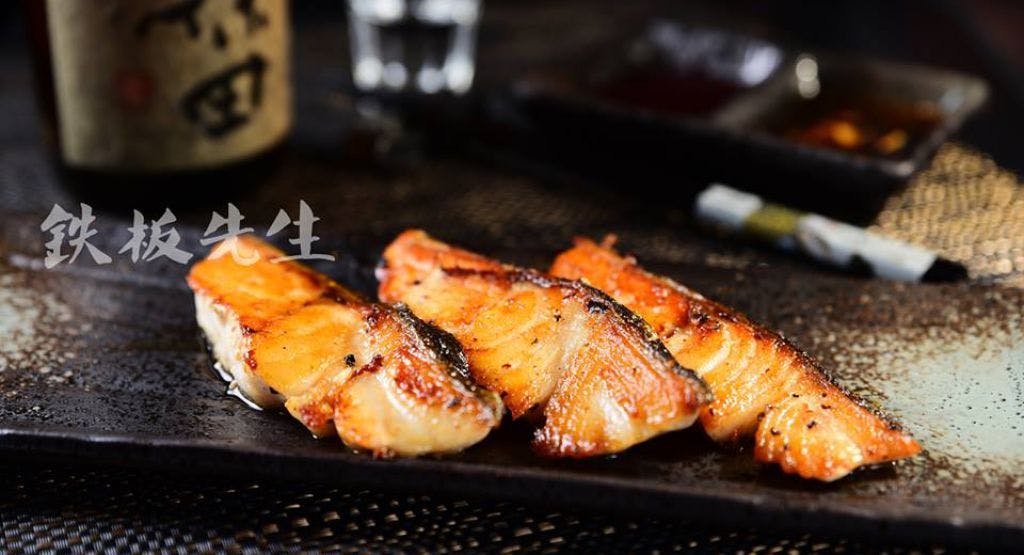 Mr. Teppanyaki 鐵板先生 is not bookable via Quandoo yet. To make a reservation, contact the restaurant using the details below. Checkout the opening hours first and bear in mind that if you reserve ahead, you won't have to wait in line.

Mr. Teppanyaki speaks for itself as a king among lesser Japanese teppanyaki restaurants in Tsim Sha Tsui. Found along Hillwood Road, close to the Kowloon Cricket Club and the Hong Kong Observatory, and actually a little closer to Jordan train station than Tsim Sha Tsui itself, the acrobatic culinary art of teppanyaki is Mr. Teppanyaki’s middle name. And his last name. Come watch Mr. Teppanyaki and his boys slice, dice and fry every food stuff imaginable.

Does the restaurant Mr. Teppanyaki 鐵板先生 have parking?

Once seated ringside at Mr. Teppanyaki’s culinary circus tent in the northern quarter of Hong Kong’s Tsim Sha Tsui neighbourhood, be prepared to be floored by the skill of the grillers on hand to take your choice of foods and cook them like the kung fu chefs that they are. Before the real action begins, you can grab one of Mr. Teppanyaki’s sushi sets or sea urchin sashimi sets. But perhaps the most popular options here are the Mr. T lunch sets, ranging from tenderloin steak with garlic rice, sole fillet with vanilla sauce, and enoki mushroom beef volume with sweet sauce, Japanese pork rice, grilled eel, and chilli bean curd sets.