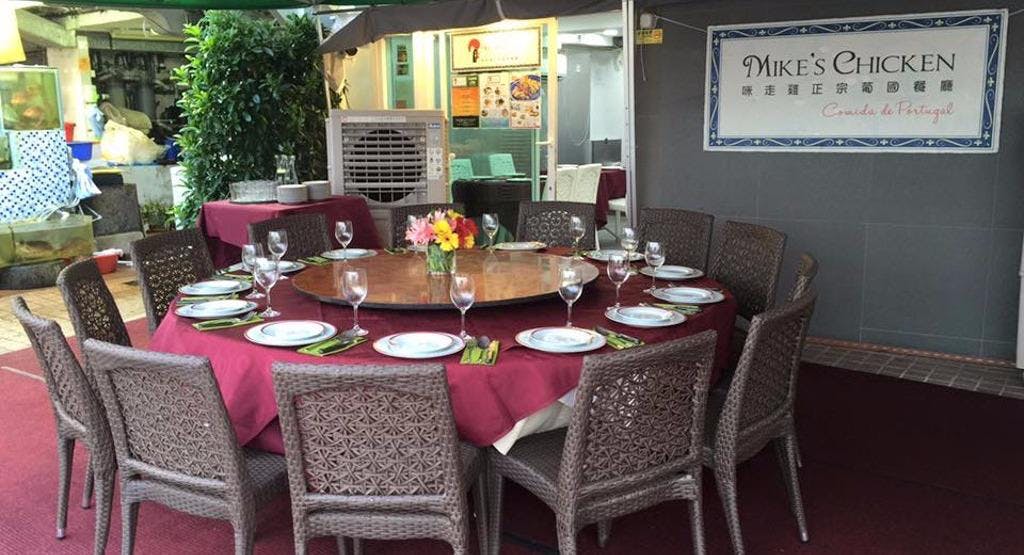 Mike's Chicken Comida de Portugal 咪走雞正宗葡國餐廳 is not bookable via Quandoo yet. To make a reservation, contact the restaurant using the details below. Checkout the opening hours first and bear in mind that if you reserve ahead, you won't have to wait in line.

Portugal often gets a short shrift in the cutthroat world of European cuisine. For all the fame of Cristiano Ronaldo, Jose Mourinho and Luis Figo – and we’re sure that there are other famous Portuguese people other than footballers, though they don’t immediately spring to mind – the food is often seen as lagging behind that of their near neighbours, the tapas tyrants in Spain. Mike’s Chicken Comida de Portugal is in the business of changing all that, however, with a Portuguese menu that is making such a noise in Hong Kong that they can probably hear it all the way back in Portugal, or at the very least, in Macau. They offer chicken dishes, of course, and supplement them with traditional favourites like chorizo, bacalhau salt cod, a full roasted suckling pig and to finish, the national dish, small custard tarts called pasteis de Nata. Head out to Sai Kung Hoi Pong Street in Sai Kung to try it out for yourself.

No, the restaurant Mike's Chicken Comida de Portugal 咪走雞正宗葡國餐廳 has no Outdoor seating.