Looks like something didn't load right, please reload this page.

Given the current climate surrounding COVID-19, many authorities are placing restrictions on social gatherings. In the best interest of everyone’s safety, we are continuously updating the availability of our partner restaurants to reflect these measures. We encourage people to still support the restaurant industry in other ways.

Find other restaurants in Hong Kong 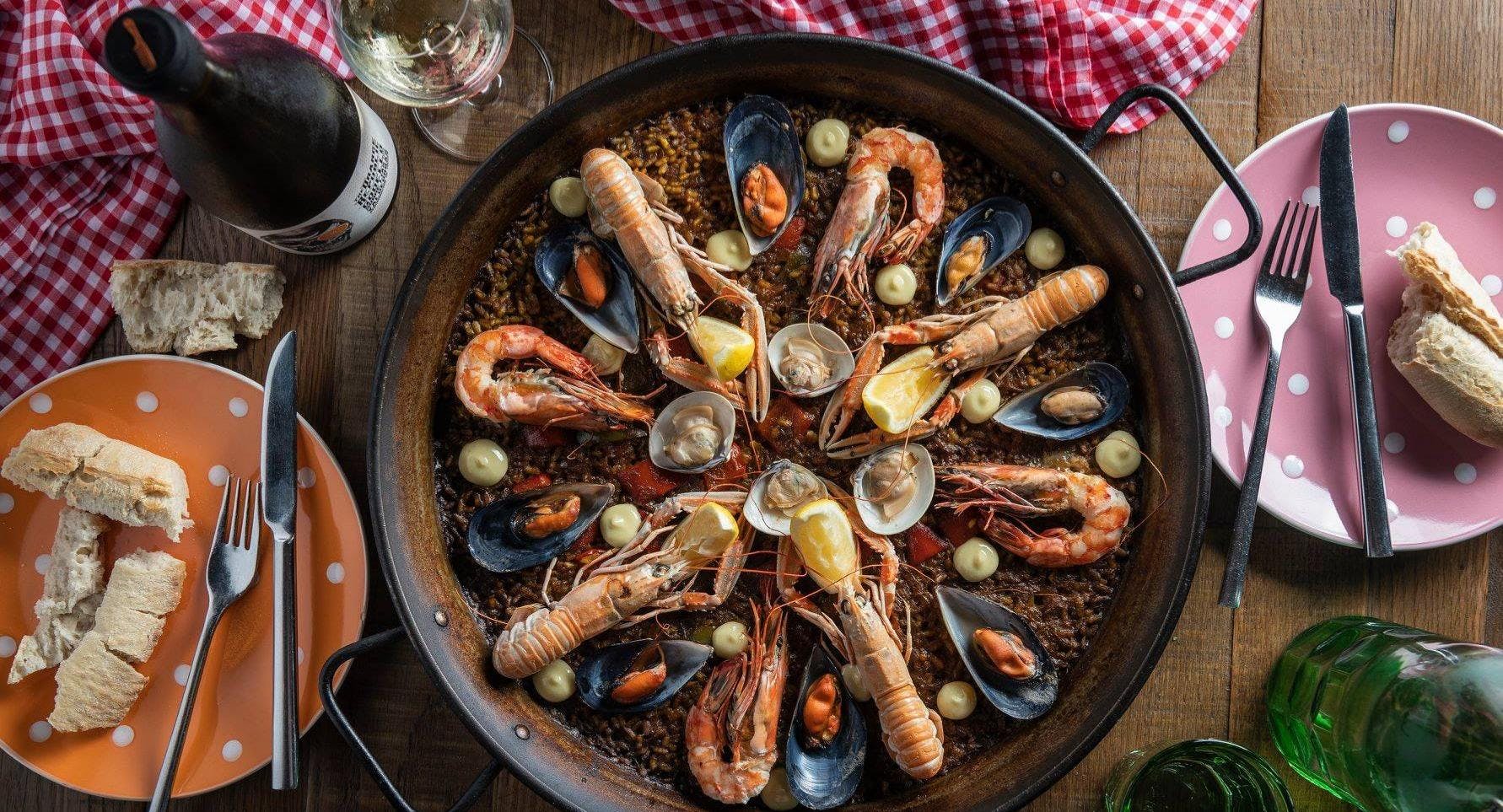 If Sai Ying Pun is Hong Kong’s new sexy district, blossoming into a foodie paradise thanks to the new MTR station and a general dawning awareness of the Western District’s hidden riches, then La Paloma (Spanish for pigeon) is certainly the area’s most sexy Spanish tapas restaurant. Covering a generous 3,500 square feet and more than capable of handling close to a hundred diners in pursuit of the city’s finest small-plates, La Paloma is a very welcome second messenger pigeon bearing deliciously good news from the El Willy Group, whose restaurants have been warmly received in Hong Kong and Shanghai. Book a spot at La Paloma’s Queen’s Road West premises (on the corner of Li Sing Street) and witness El Willy’s Andalusian magic at work.

Has options that are:

Get a table before they're gone

Great place for our office New Year's lunch! Lovely appetizer bar, great entrees, Sangria was excellent. A really nice atmosphere and plenty of space between tables so you have some privacy.

first time to restaurant, staffs with sunshine smile, so professional.

It’s best to say right here and right now that there’s more than simply Spanish tapas going on at La Paloma. Truth be told, we’re often in fear of the tapas craze burning itself out and dropping forgotten to Hong Kong’s overstuffed streets in the manner of a pigeon unlucky enough to perch on a poorly-grounded high-voltage wire. We don’t want to see tapas go, but we also know there’s a lot more to the Iberian peninsula than eminently shareable small plates. Thankfully, the El Will Group of restaurants have their finger on the pigeon’s pulse and should very well be able to lure guests to their new Sin Ying Pun venture on the strength of their live paella kitchen alone. There’s also a traditional Spanish asador, the clay oven that’s responsible for roasting La Paloma’s succulent meat, fish, and vegetable dishes to perfection. For some, this spectacular offering will dwarf Spanish small plates forever; for us it’s simply one more reason to book a table at this special restaurant along Sai Ying Pun’s Queen’s Road West.

La Paloma’s burgeoning success owes a lot to the excellent personnel that the El Willy Group have recruited to tend to their second foray into Hong Kong food after the runaway success of FoFo by el Willy. The mastermind behind it all is renowned Spanish expatriate and chef Willy Trullas Moreno (owner of Shanghai’s el Willy) and executive chef Alex Fargas (FoFo’s exec chef and head of the Spanish Chefs Association in Asia). Hospitality industry leaders the both of them, they’ve put chef Vito Chiavacci in charge of the kitchen, and ex-Catalonian Ricky Sabata out front to look after La Paloma’s guests. Signature dishes on offer at this new Sai Ying Pun Spanish restaurant one floor up on the corner of Queen’s Road West and the diminutive Li Sing Street include bacon con queso, which the menu inexplicably translates as bacon and cheese explosive air baguettes. Safety first might lead you to opt instead for the traditional kingfish Tiradito, with avocado and green sauce, or the even more traditional wartime dish of coca de cebolla y butifara, consisting of confit onions, Mahon cheese and sausage served with asador-baked, homemade flatbread. Okay, a wartime dish is not exactly playing it safe so, fine, be culinarily stubborn and plate up some of the best tapas in town, or plump for an equally prime paella.

Organising a party? Want to stay longer? Have a special request?

Nearby Points of Interest