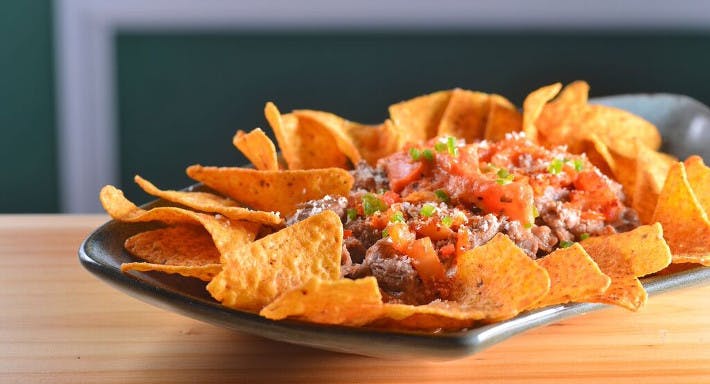 HanJan is not bookable via Quandoo yet. To make a reservation, contact the restaurant using the details below. Checkout the opening hours first and bear in mind that if you reserve ahead, you won't have to wait in line.

More about the restaurant: HanJan

A fun and fantastic representative of the Korean cuisine invasion that’s sweeping the streets of Hong Kong, HanJan offers a hip mix of Korean and Korean-fusion dishes with drinks to match down Wo On Lane, just off D’Aguilar and on the fringes of expat food, drink and entertainment hub Lan Kwai Fong. There are more Korean joints opening up in Central than you can shake a piece of kimchi at, but it’s HanJan’s genuinely innovative menu and party packages that have won us over.

Does the restaurant HanJan have Outdoor seating?

No, the restaurant HanJan has no Outdoor seating.

Thinking about making a HanJan booking?

HanJan’s bread and butter, so to speak, is a distinct take on the classics of Korean cuisine that will have the tired Asian food gourmets of Hong Kong perking up and heading to this spot in Central’s Lan Kwai Fong for a weirder than normal feed in no time. The menu at this Lan Kwai Fong restaurant is well-considered but far from formal – HanJan injects a lively sense of fusion food fun into all its edible proceedings, pushing the envelope for sure, but never stretching the playful pancake so thin it reaches breaking point. Appetisers like the Flying Nachos match, yep, nachos with tomato, kimchi and bulgogi, while the Kimato Cheese Balls are a sort of Korea-meets-Italian at Club Med snack consisting of tomatoes stuffed with mozzarella… and kimchi.

Heading further into the fray at Hong Kong’s HanJan you are encouraged to go straight up with Korean classics like simple stir-fried octopus – HanJan is an Asian seafood specialist in the Lan Kwai Fong community – or, should you need, experiment with dishes like the soup described as Korean hangover-style beef intestines soup or the Dancing Shrimp salad. Other charitable options down Wo On Lane include the Fist Of Fury, pork knuckle slow-cooked with eleven kinds of traditional Korean medicinal herbs. Plenty of Korean fried chicken is on the cards, too, and HanJan is also a popular Central watering hole – grab a chilli kimbap roll and a Korean D Dry or Hite beer (available in pomegranate and strawberry!) and say gun bae, HanJan!