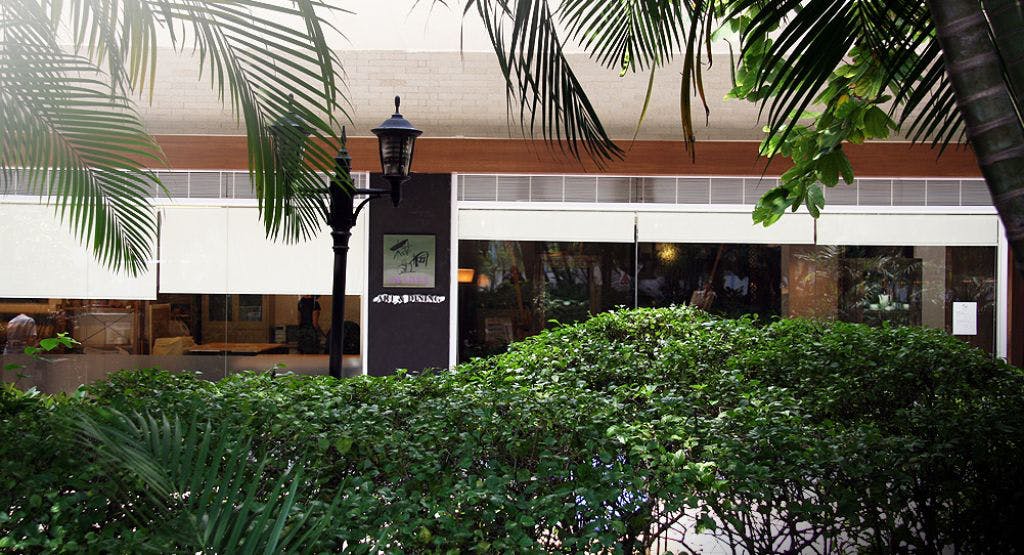 梓桐堂 Gitone is not bookable via Quandoo yet. To make a reservation, contact the restaurant using the details below. Checkout the opening hours first and bear in mind that if you reserve ahead, you won't have to wait in line.

Fusing the arts and the art of dining into a shared experience that is without equal in Hong Kong’s notoriously boutique fine dining scene, Gitone is a unique proposition. Founded by painter and ceramics artist, art collector, educator and all-round gourmand Terence Lee, Gitone offers art classes by day and hands-on, sensual instruction in gastronomy by night – this latter courtesy of Gitone’s opulent degustation menus, served with style in Lee’s multi-purpose gallery and studio space in Hong Kong’s Sai Wan Ho, otherwise known as Soho East. Find this palace to all five senses in the Lei King Wan Yat Hong Mansion along Tai Hong Street, right by the water. Offering personal dining experiences, reservations for Gitone must be made well in advance.

Can I pay with a credit card at 梓桐堂 Gitone restaurant?

No, you can't pay with card at 梓桐堂 Gitone restaurant.

Gitone’s approach to fine dining was inaugurated over 15 years ago when Terence Lee, something of a Renaissance man in Hong Kong, began offering what he calls home cuisine – really rather refined haute cuisine of an international character – from a tiny apartment in Wan Chai. Eschewing publicity in these early days, and perhaps in part because of this limelight-shy approach, Gitone quickly garnered a cult following, with these intimate, impeccably crafted private dining events becoming much in demand among the city’s gastronomic elite. We’re pleased to help let this cat out of the bag, and encourage anyone with a nose for unusually fine food – both in itself and in its mode of presentation – to seek out Gitone at its premises just off Tai Hong Street in Sai Wan Ho.

Gitone offers Hong Kong diners a variety of daily lunch set menus, or the more lavish Gitone Lunch Cuisine menu, with this last giving the curious a taste of the increasingly luxurious degustation menus that have made Gitone a household name in Hong Kong’s gourmet circles. From there, it’s to the heavens in terms of refined, international cuisine with a Chinese bias, beginning with the Classic Cuisine menu and stepping up through the House Dinner to Gitone’s opulent Grand Dinner menu. This, the epitome of Gitone’s offering, is a multicourse paean to some of the most sought after delicacies you could hope to find in the city. Sliced abalone garnished with sea urchin in Chinese wine, a double-boiled soup of almonds and fish maw, dried scallops and Chinese ham, lobster with papaya and black truffle, steamed grouper with crab roe and cuttlefish, Spanish jamon Iberico with deep-fried chicken, and desserts like swallows’ nest and aloe cream, fried ice cream with sesame, and Kyoho grape gel. By virtue of its superlatively upscale offering, Gitone singlehandedly grants Sai Wan Ho its unofficial title of Soho East in culinary terms.