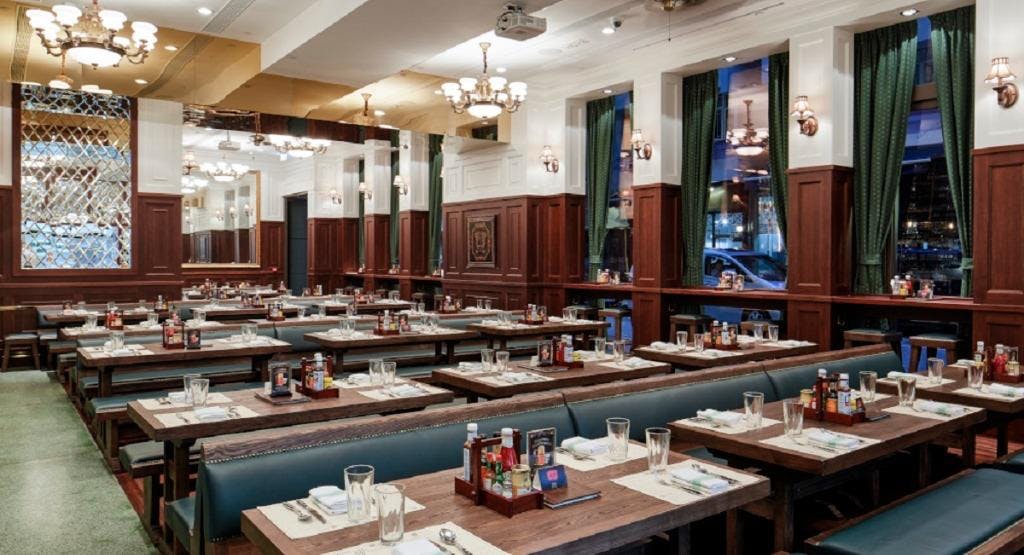 Make a fast and free booking for:

Dine out. Cash in.

Reserve online and get cashback with Quandoo Loyalty Points! Every 1,000 points you earn is worth $50.

Get a table before they're gone

A haven or second home for beer lovers, FRITES bar and restaurant has several locations around Hong Kong though its Causeway Bay iteration remains one of its most popular. Always attracting crowds to Park Haven on Haven Street during their cheekily named happy ‘hour’ (3-8pm), FRITES is styled after the glorious Belgian beer halls of the roaring 1920s and it has the mettle to match its looks. With almost a hundred different beers to choose from, it’s undoubtedly one of the city’s leading ale houses for those serious about the amber stuff. The food at FRITES, though, is no second fiddle to the beer. Featuring a huge array of European meals done delightfully but still in the generous portions you may expect from such goodies as roast pork knuckle and gigantic buckets of mussels, FRITES is hard to resist for anybody with a taste for the European way of life.