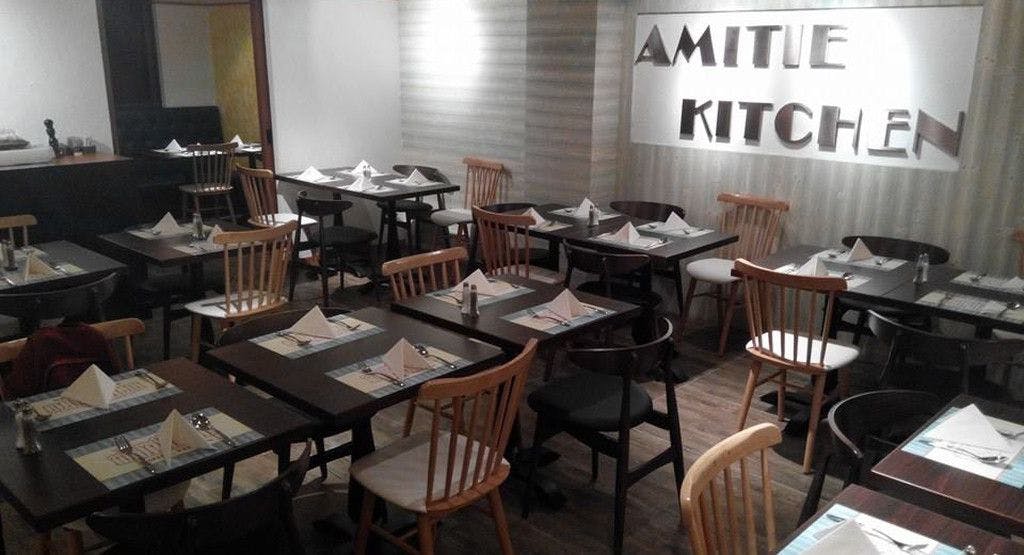 Amitie Kitchen is not bookable via Quandoo yet. To make a reservation, contact the restaurant using the details below. Checkout the opening hours first and bear in mind that if you reserve ahead, you won't have to wait in line.

More about the restaurant: Amitie Kitchen

Tsim Sha Tsui is a key dining destination, with Cantonese, Japanese and countless other cuisines on offer to the hungry public of Hong Kong. You can now add French food to that list. The Amitie Kitchen on Ashley Road opened in 2015, and is flying the flag for La France from their location to the south of Kowloon Park, with a menu that takes in the best of French and Cantonese cuisine – and a wine list to match.

Does the restaurant Amitie Kitchen have parking?

No, the restaurant Amitie Kitchen has no parking.

Does the restaurant Amitie Kitchen have Outdoor seating?

No, the restaurant Amitie Kitchen has no Outdoor seating.

French cuisine is recognised as one of the best in the world, but it is often difficult to find it outside of France. The concept of terroir – the feeling of oneness between a location and its food – is a huge facet of French food, and thus it can be hard to find the true flavours of France outside of l’Hexagone, particularly on the other side of the world in Hong Kong. Amitie Kitchen on Ashley Road in Tsim Sha Tsui comes pretty close though, with a menu and wine list that recalls the finest of France.

Located to the south of Kowloon Park, Amitie Kitchen is a petit corner of France in Hong Kong’s Tsim Sha Tsui. The menu is big on French classics – foie gras risotto, moules, bifteck – and other European dishes, particularly Italian dishes like spaghetti bolognaise and linguine. Ashley Road in Hong Kong is a great place to dine, and there was a hole in the market for French cuisine which has been thankfully filled by Amitie Kitchen: book a table now and head on over for something different.